The Commonwealth of Massachusetts is realizing a significant return on its investment.
2005 was the first full year of operations for the BCEC. The convention and event activity generated by the facility, together with the Hynes Convention Center, demonstrate that Boston is competing with major convention cities across the country, and that the city is a premier convention destination. With this success, the residents and businesses in the Commonwealth of Massachusetts are experiencing a return on their investment in the form of substantial economic activity and tax revenues.

Click the link below to view our economic impact report.

Reinventing Public Art, Thousands of LEDs at a Time
July 6, 2012

The Gathering of Math Geeks Who Are Taking Over Sports
March 2, 2012


Single affiliation with Nets should bolster Springfield Armor on and off court
May 20, 2011


Fed event helps homeowners behind on mortgages
May 06, 2011


Runners Flock to the Sports and Fitness Expo
April 16, 2011


PCMA Convene - Results of the first-ever Economic Significance of Meetings to the U.S. Economy Study reveal that meetings represent a $263.4-billion Industry
April 4, 2011


Elite Eight's six-year run comes to an end in Springfield, but door is open for a return
March 28, 2011


Veterans back from the wars are welcomed home at Weymouth dinnner
March 28, 2011


Capital Grille Moving to the Hynes in August
March 14, 2011


They came, they shopped and they scored wedding dresses!
March 14, 2011


Meetings and Conventions Mean Jobs and Boost to Economy
February 17, 2011 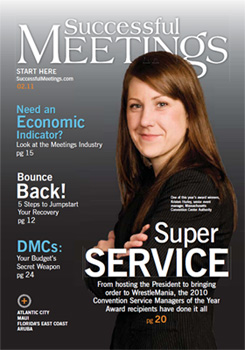 
Jim Rooney to represent Boston on international board of professional convention managers
February 2, 2011


MAAC Tourney Expected To Be Slam Dunk For City
January 26, 2011


Hub's halls are centers of attention
Bookings up 27 percent at the Hynes and Convention & Exhibition facilities
January 8, 2011

MCCA announces hire of Colleen Richards Powell as Director of External Relations and Government Affairs
Will provide leadership to develop and direct a community and business outreach program
April 6, 2010

More conventions and meetings coming to Boston in next three years than at any time in state
history
Record 1.66 million hotel room nights to be generated by events from 2010 to 2012
January 27, 2010

CALL FOR DORCHESTER ARTISTS
Chosen artists will have their work displayed in the Boston Convention & Exhibition Center
July, 10 2009

BCEC OPENS ITS DOORS FOR PUBLIC VIEWING OF ART PROGRAM EXHIBITS
On the heels of its annual Summer Street Solstice event, the Boston Convention & Exhibition Center (BCEC) will again be opening its doors to the public to celebrate and share art with the community.
July 28, 2008

HIGH PROFILE, HIGH IMPACT CONVENTIONS COMING TO BOSTON IN 2008
Events will generate over $541 million for region and build on award-winning year for Boston and the MCCA
December 27, 2007

BCEC NOMINATED AS FINALIST FOR CONVENTION CENTER OF THE YEAR HONOR
Trade Magazine to Announce Spotlight Award Recipient on Heels of MCCA’s Most Successful Year
June 11, 2006

LINUXWORLD 2006 TO MOVE TO THE BCEC AFTER FIRST YEAR AT THE HYNES
IDG Cites Growing Exhibitor Base and Better than Projected Attendance
Dated: February 28 , 2005

SAP WILL HOLD 'SAPPHIRE' CUSTOMER CONFERENCE AT BOSTON CONVENTION & EXHIBITION CENTER MAY 17-19, 2005
Event expected to bring more than 8,000 attendees to Boston along with $10 million in revenue to the local economy
Dated: July 20, 2004